The thought of pursuing higher education can be daunting, and online education can seem even more intimidating because it differs from the norm and what most people are used to. However, the opportunity to study on one’s own time while maintaining a career is a tremendous advantage when acquiring a degree online. John Johnson, a transportation manager with the Southeastern Pennsylvania Transportation Authority (SEPTA), received his master’s from Penn State World Campus, which helped him to take on new managerial roles in his position. 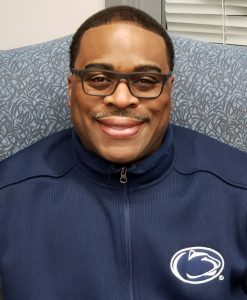 What/where is your current career and workplace?

The path to my current position is unorthodox. I am the former president of my labor union and former first track inspector with SEPTA. One of the best things to happen to me was when I lost the reelection for president of the union. This event led me to pursue my education in the Penn State HRER master’s program. Upon my graduation in August 2018, I applied for numerous positions that would give me the opportunity to use my knowledge and experience within the authority. I accepted the position of surface transportation manager with SEPTA, and the master’s degree has had a positive effect on my career; it prepared me to take on new responsibilities.

In my current position, I wear many hats: I manage bus and trolley routes, and ensure that they are on time for the passengers waiting for them. In the event of an accident, I interview the operators of all vehicles involved and take incident reports from all occupants of the vehicles and witnesses so that I can get an idea of what transpired. I then write a report and submit it to the assistant director. Those are just few of my responsibilities. When I began my career with SEPTA in 1994, I operated a bus. With this extensive amount of time at the company, I have become more familiar with the duties of the surface transportation manager.

What were some of the challenges you faced when you were a Penn State World Campus student? How did you overcome these challenges?

The number one challenge for me was preparing myself and my family for the time commitment required for my studies. Academically, the most challenging part was writing two or three essays per week as well as participating in threaded course conversations. I attribute my success in meeting those challenges to my professors and classmates. They were very supportive of me.

While I was completing my Master’s in HRER, I was a track maintainer, working 8:00 a.m. until 4:30 p.m., Monday through Friday, with the exception of overtime twice per week. I studied on the subway train rides to my inspection location and during my lunch breaks. I didn’t study on days I worked overtime because I was too beat. If it weren’t for my wife tending to our two young sons, I would not have made it. I felt bad when I could not attend a lot of their weekend activities, but my weekends were committed to writing papers and studying. That was my life for two years, including vacations. Having a great support system made it worthwhile.

Even though I studied and worked a lot, I was involved in my sons’ lives. I was a scout leader of their Tiger and Webelos Cub Scout troops.

How do you stay connected with Penn State?

Remaining a part of the Penn State family was crucial for me, so I volunteered to become the activity coordinator for the Society for Human Resource Management’s Penn State chapter. I am also an Alumni Ambassador. I speak with potential students who have expressed an interest in enrolling in the Penn State World Campus program.

What is some advice that you would give to current Penn State World Campus students?

I would tell them to not become a part of the “quiet suffer group.” That group is composed of online students who are afraid to ask for help from their professors and classmates, for fear of being judged not worthy of being in their particular program. My suggestion to current students would be to stay in contact with the professor if you are having a hard time understanding the material or if you fall behind in your course work. 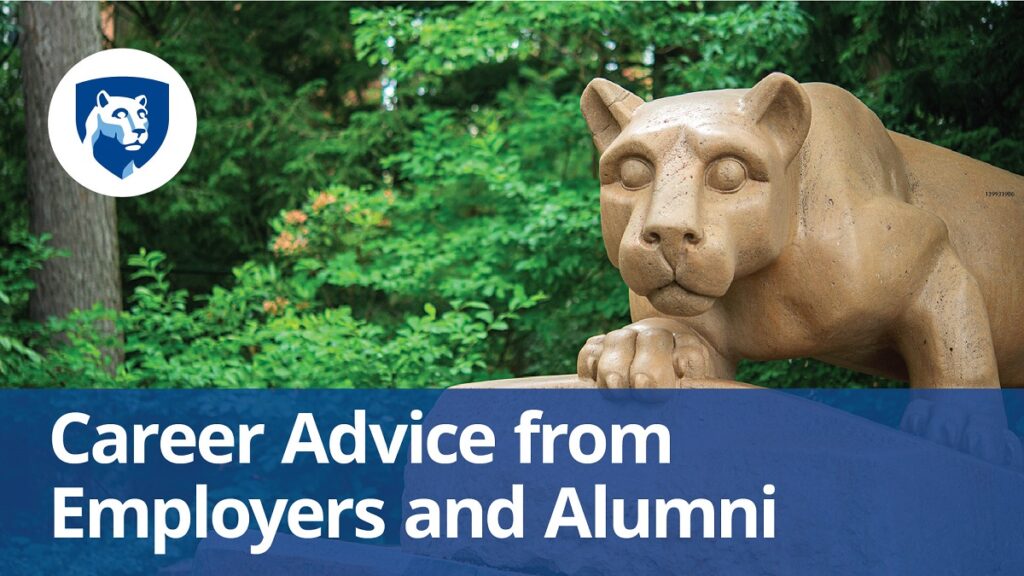