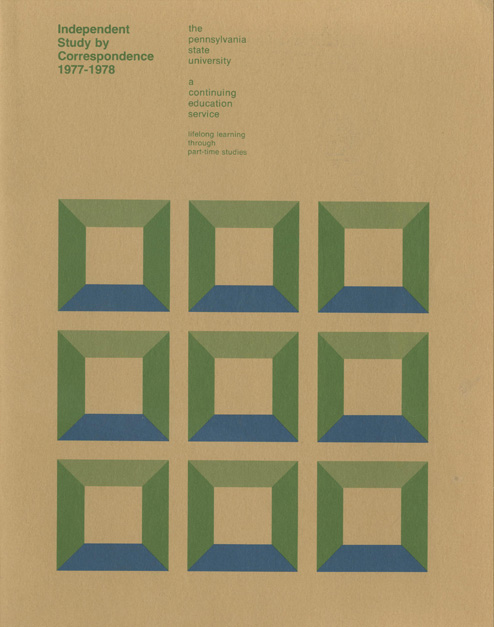 Penn State is not new to education at a distance. In fact, the first distance education course or correspondence course, as it was called, began in 1892. Penn State was the first institution of higher education to offer such a program. Under the direction of Professor Henry Waters, this course in agriculture was designed to make scientific studies available to farmers in Pennsylvania who were unable to attend traditional college courses but wanted to further their learning in the subject. He called it the “Home Reading Course in Agriculture.” As the years went on, the courses were later extended to the field of technology.

The initiative was then used as a model for other institutions for by-mail programs in a wide range of subjects. In 1996, Penn State’s president at the time, Graham Spanier made the announcement of the introduction of an even larger virtual campus saying, “We are creating a university without walls that can provide anytime, anywhere access to learning.” It did just that, and in 1998 it became one of the first major accredited universities to provide online learning.

Today, World Campus offers associate’s, bachelor’s, and master’s degrees along with certificate programs and continuing education programs to students all over the world with the option of over 70 different degree and certificate programs. It has provided individuals with a learning experience that they would not have been able to get through traditional education. Penn State now stands as a pioneer in distance education.

Check out some perspectives of current World Campus students from all over the world.