This post is part of “Hard to Hate Up Close: My Journey,” a blog series organized by Penn State World Campus Student Affairs. The goal of blog posts like this is to provide a platform for the Penn State World Campus community of students, faculty, and staff to see one another, appreciate our differences, and discover common ground.

Views expressed are those of the author and do not necessarily reflect the views of Penn State World Campus. Penn State is committed to and accountable for advancing diversity, equity, inclusion, and sustainability in all its forms. Links to web content outside of worldcampus.psu.edu do not imply a University endorsement of those sites or their views.

This is a story about being excluded. It mentions politics, but it is not about politics. It is about my identity.

This story starts in 1992. I was 18 and voting in my first election. In particular, this was a presidential election between George H. W. Bush, Bill Clinton, and Ross Perot. I was an excited teen. I felt like this was one of my steps into adulthood. I was at college in rural Vermont and voted by mail.

At this point in time, nonstop cable news didn’t truly exist yet, at least where I grew up. The internet was still a few years away from becoming a major part of our lives. Information on candidates came from newspapers and the traditional nightly news stories. So compared to today, you really couldn’t know a whole lot about a candidate other than their big picture policies or the actual actions they had taken that would be reported on by those sources.

My naïve younger self came to the conclusion that the candidate I voted for must be good because my parents liked him and things seemed okay to me in my secluded little homogenous section of the world.

The candidate I voted for lost. In retrospect, I’m glad he lost because I would later learn through media interviews that my candidate didn’t think I was a patriot or, for that matter, actually entitled to the rights of being an American citizen because I was an atheist.

There are large swaths of this country that dislike or hate atheists, including some rather powerful people. This is the first time I’ve publicly admitted this, and I’m in my mid-40s. I’ve stayed hidden because I believe it is the safe thing to do. Atheists regularly are the most disliked religious group in the United States (ex. University of Minnesota, 2016) and worldwide (ex. Atheist News Network, 2021). In some countries, you can actually be punished for lack of belief in a god.

Personally, I’ve been laughed at by my own extended family, who are typically very supportive, but can’t seem to wrap their head around someone not believing in a god. “That’s just Brian, ha ha.” So, I gave up pushing that aspect of my identity in that circle. Luckily for me, my immediate family — my wife and son — are much more accepting of that aspect of me. Even still, my wife occasionally jokes she’s going to save my soul. I laugh it off at this point in my life because I’m very comfortable with my own path, but I wasn’t always. I often suffered in silent anger and pain. But for all young (and old) people out there, I understand what you are going through. Try not to hurt; you are a valuable person no matter what others think.

Professionally, I’ve felt the need to not express who I was in several workplaces so that I could keep moving my career forward so that I could provide for my family. I had one boss rant about “political correctness” and how stupid it was he couldn’t give religious gifts at Christmas in a public workplace. And even more egregious, I actually had a boss ask me to join his church… during my annual performance appraisal… because I was popular with the young people of the town and he thought I could help attract them to grow the church. (Side note: I haven’t worked for either of these employers for a long time.) I even had a student say to me back when I was in the classroom that “I saw you in church this weekend,” to which I replied, “No, you didn’t.” He replied back, “I know I saw you.” Back then, I felt that I couldn’t say why so I couldn’t fully dispute him, but the surrealness of these experiences in my work life absolutely stunned and crushed me. I felt like I couldn’t fit in.

I could go on and on, but I’m not in a bad position. I have a good career where I’m generally liked by colleagues and students. I have a good family who I love very much and love me just as much back. In general, I have a good life, some hobbies I enjoy, and most importantly who I am. I am more than content, I am happy. This entry isn’t about feeling sorry for someone, even though there was some “sad tale” to it. As I’ve grown older, I’ve come to understand that the reason people say and do things that have hurt me is because it is their “lived” life, their own path, their journey. And as I’ve grown older, I’ve come to accept that what they say is not about me; it’s about them. That has brought me a lot of peace. That said, I do wish that people would truly appreciate each other’s differences more and let them live their own lives their own way so that they would feel included rather than the exclusion that I felt. We’d all be better off if we did that. I know I still have a ways to go on this even though I’ve made some progress.

What this entry is about, though, is being inclusive. And I mean truly inclusive. Accepting everyone for who they are and for what they are and not limiting them. But that can’t come until we are happy with ourselves and feel safe and free to express ourselves. I found happiness and freedom with myself about a decade ago, and even then, I am only now feeling safe enough to express who I am publicly now.

Atheists aren’t common, but they are common enough. According to the 2014 World Values Survey, atheists and agnostics make up roughly 4.4–11.1% of the American population. While that’s a small percentage, it means you probably know more atheists than you think you do. Even at the low number, that is almost 1 in 20 people. How many hundreds of people do you know? If you know 300 people, you most likely know about 13 atheists/agnostics. If you know 1,000 people, you most likely know at least 44. We are a part of not just your life, but most people’s lives.

But most are quiet.

I understand hiding in the shadows or not saying anything, because there is a lot of pressure to be a certain way when it comes to religiosity. I mean, the other roughly 90–95% of the public is a rather large population. And going against the grain, particularly such a large group, is daunting. Depending on where you are, it can be downright scary. And I’m one of the lucky ones, I’m not someone who was disowned by my family or stoned or ostracized from my community like many around the world.

So, my plea to all my atheist friends out there is this: Share your story with your non-atheist friends, as those stories will help humanize us all and make the world safer. But probably even more important is my plea to my non-atheist friends: Listen to and accept what atheists bring to the table. We tend to be well-educated and creative, and can add a lot to the conversation, but many of us feel excluded before we even start. 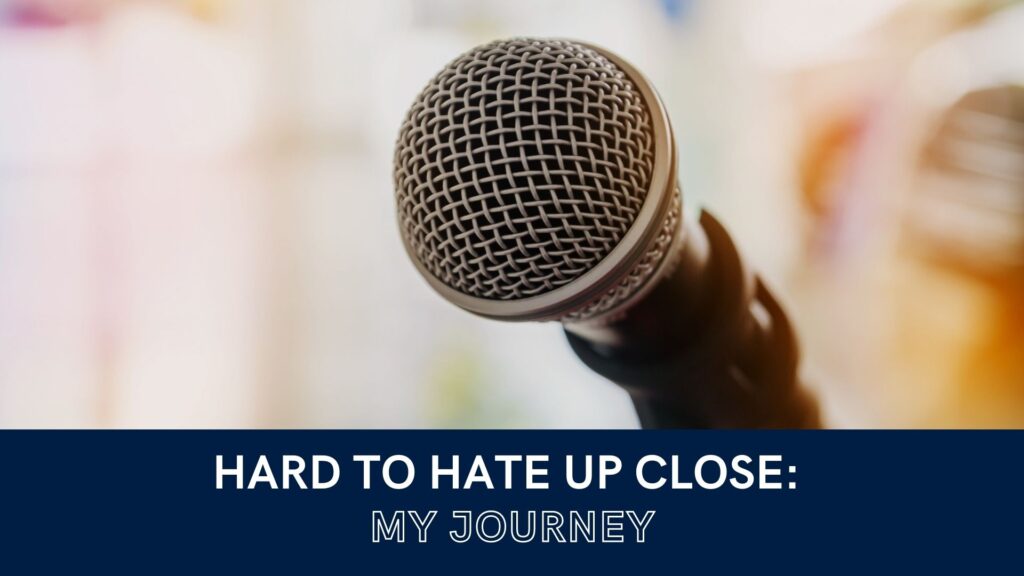